One of Eminem’s children came out of as non-binary on Tik Tok. On social media it was explained that they have chosen the name Stevie and want to be called sonly Stevie for now on. Stevie Marshal recently shared this news to his fans on Instagram and TikTok. Steve will use he/she/they pronouns and considers themself to be gender fluid too. Prior to coming out they were called Whitney but please stop calling them that, it is their dead name now. Stevie is just at the beginning of his journey to becoming his authetntic self, but has already inspired others from the LGBT community. One person who took to social media to celebrate this news was Non-Binary rapper and producer Braydbunch. Braydbunch is a die hard Eminem fan as well, and was ecstatic to learn the news about Stevie this week. Coincidentally, Brady’s hip hop fans have nicknamed them Sh8dy Br8dy and Feminem due to sounding a bit like Slim Shady themself. In honor of Eminem’s child, Braydbunch announced on Instagram that they will be releasing a new EDM single titled Stevie Mathers in their honor.

Stevie’s transformation is documented in photos shown on their social media accounts. Stevie’s fans and followers on media platforms have indeed praised him a lot and made a lot of positive comments in support. Half-sister Hailey Jade Mathers liked Stevie’s video too. Stevie explained in detail how they came up with their new name. After a long search, they settled on Stevie. 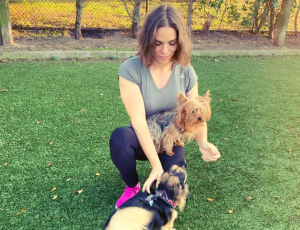 Non-binary Rapper Braydbunch aka Sh8dy Br8dy stated on a live video that they truly feel for Stevie and want them to know that Lady Brady is here to offer any advice or support if needed. Braydbunch said, “It’s never easy coming out as trans or non-binary human, but it’s even harder to come out while stuck in the public eye. I had it hard enough transitioning as a non-binary rapper and high school teacher, but it must be especially hard when your family is often the focus of the media. I know Stevie will be just fine and they showed true courage by coming out publicly like that. The future is Non-binary after all. People like Stevie and I are taking over whether you like it or not. I can’t wait to talk about all this during my Shade 45 interview too. Like what are the odds, that a Non-binary rapper is dropping new music on Eminem’s radio station the same month that Eminem’s child comes out as an Enby? I made a new song called Stevie Mathers to celebrate this amazing news. I may drop it next week.”

The teenager revealed her new name at the death of their grandmother, Kathleen Slack, and mentioned everything there. Stevie is more than happy to get this name, and on their TikTok account, they are posting their annual growth change.

Understand what is town planning

Thu Aug 19 , 2021
Town arranging is fundamentally an undeniable framework that decides how to foster a land effectively for another area or town or in a couple of words it is simply an approach to update a prior space. This cycle is conveyed subsequently to arranging advantageous systems. It is remembered to utilize light and space in a gainful manner while planning sewerage, roadways, water, and transport frameworks. The arranging of town can be separated into two classes Strategic arranging and land use the executives. Presently, assuming we talk about essential arranging, we can say that it is drawn-out arranging of what you […]

How to Avoid the Common Pitfalls of Essay Writing?

All you need to know about New World Coins

What is need for test in senior citizen?

MANAGE A SMOOTH MOVE WITH THE HELP OF THESE SINGAPORE MOVERS

How can I watch Netflix from overseas?

Understand what is town planning

Why More Consumers Are Discovering Career Changes In The Gig Economy

Why is Rico Torres the ideal model for entrepreneurs?

Ramadan, the Holiest Month for Muslims